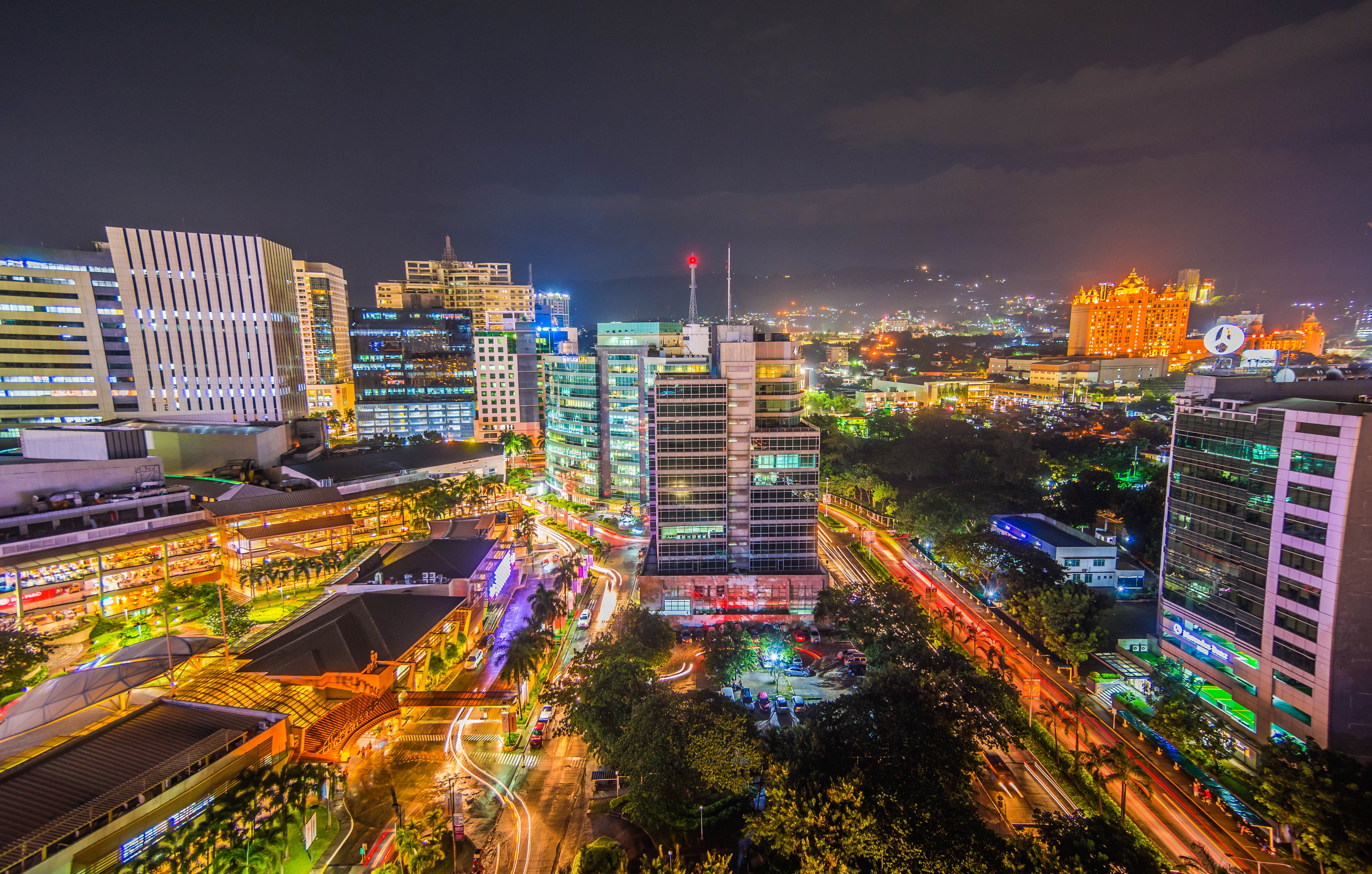 Cebu City, officially the City of Cebu (Cebuano: Dakbayan sa Sugbu), also known as the Queen City of the South, is a 1st class highly urbanized city of the island of Cebu in the Central Visayas Region, Philippines. According to the 2015 census, it has a population of 922,611 people, making it the fifth-most populated city in the nation and the most populous in the Visayas.[3]
It is the regional center of Central Visayas and is the seat of government for the province of Cebu, but is governed separately from it. The city is a significant center of commerce, trade and education in the Visayas. It is the Philippines' main domestic shipping port, and is home to about 80% of the country's domestic shipping companies.
Located in the middle of the eastern side of Cebu Island, it is the center of Metro Cebu, the second largest metropolitan area in the Philippines by population, economy and land area, which includes the cities of Carcar, Danao, Lapu-Lapu, Mandaue, Naga and Talisay; and the municipalities (towns) of Compostela, Consolacion, Cordova, Liloan, Minglanilla and San Fernando. Metro Cebu had a total population of 2,849,213 as of 2015, making it the second-most populous metropolitan area of the nation, after Metro Manila in Luzon.[4]
Cebu is the country's oldest city; it was the first Spanish settlement,[5] and the first capital of the Philippines. It is the "Second City" of the Philippines after Manila.[6][7][8][9]
Cebu is bounded on the north by the town of Balamban and the city of Danao, on the west by the city of Toledo, on the east by the cities of Lapu-Lapu and Mandaue and the towns of Liloan, Consolacion and Compostela, and on the south by the city of Talisay.
Hotelul nu se mai afla in oferta noastra.
Pentru asistentă ne puteți suna la numărul de telefon 0767.017.276
Căutarea nu a întors nici un rezultat!
Vă rugăm schimbați data de plecare și încercați din nou!
Pentru asistentă ne puteți suna la numărul de telefon 0767.017.276.